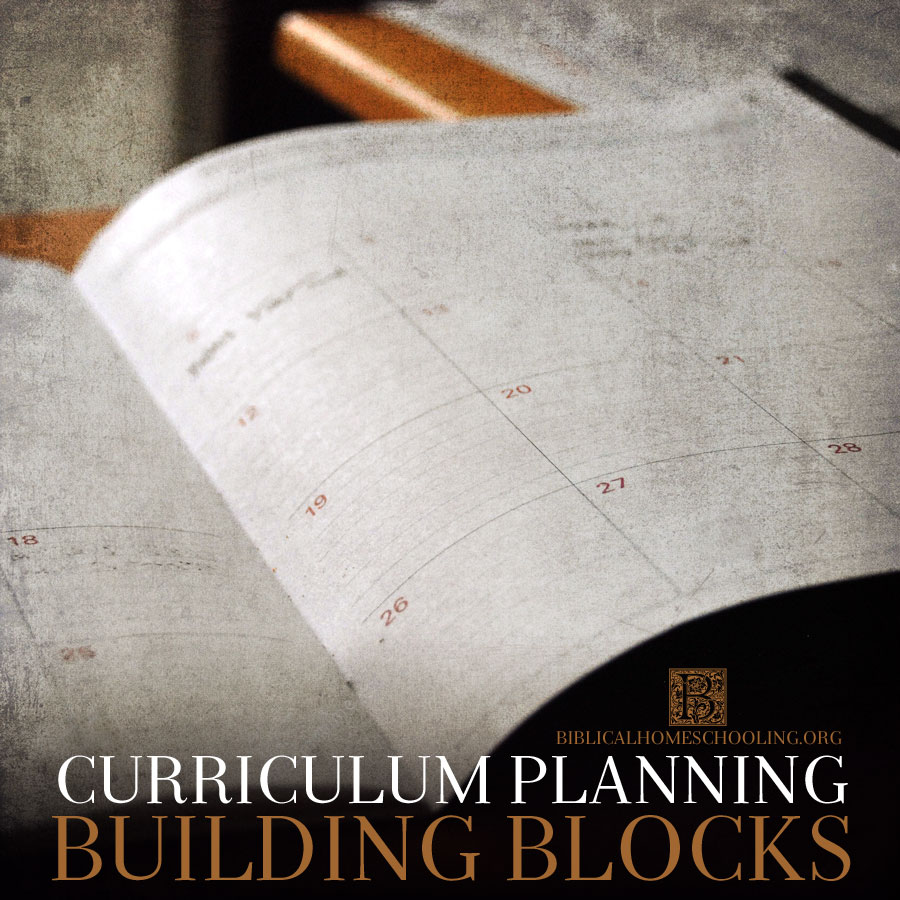 Once I had my six blocks of six weeks planned, it was time to map my curriculum to the six blocks. No matter what curriculum you desire to finish by the end of the school year, it all can be divided into sixths, one sixth for each block.

Now before I get into the specifics of planning for each block, let me just encourage you about meeting your planned goals. Did you know that public school teachers plan to finish a certain text or a certain curriculum by the year’s end, and a lot of the time, they fall a little bit short and just have to call what they were able to accomplish, good? It’s true. We have this picture in our heads of public school as a place where every plan is always executed perfectly, and that is just not the reality LOL.

Of course, we should start with the best plan we can, but there are always unforeseen circumstances that arise which will make it necessary to adjust the plan. The first case would be when a child just is not ready or cannot grasp the next concept in the plan. You do not want to rush through the concept and sacrifice your child’s understanding, simply because you are treating your plan like a taskmaster instead of like a tool. Do not let your plan be a slave driver to either you or your child! Slow down and work the concept until your child gets it and is ready to move on. Do not recriminate yourself or your child! If you end up woefully behind where you wish you were, just move on to the next thing, and rework your plan for the remaining blocks at your next week off. Keep it simple!

The next case which would require reworking, is that you have planned too much (or occasionally, too little) that can be reasonably accomplished by your child, your combination of children, and your unique life situation. This is common, actually, but trying to cram too much into your day, your week, or your block will not help your child become proficient in the tools of learning! So don’t be afraid to trim. As a matter of fact, it was common for me to go into the school year with a pristine plan, and then have it completely reworked by the end of the first or second block, once I could see from real world experience what was working and what wasn’t. Don’t be afraid to go there!

Now we are ready to start mapping curriculum. First things first: we are going to make a big picture plan for each block.

With a text with short chapters here and long chapters there, then it is best to look at the number of concepts across the entire text, rather than trying to break it down by chapters. Let’s assume this is the case with our imaginary math text, and we count up the concepts, for a grand total of 49. However, we note that the first five concepts have a lot of review in them, with the remaining 44 mostly new material, and the final eight looking difficult. This is what I would do:

Now, what if our curriculum isn’t a neatly packaged text, but rather a list of living books for literature and reading practice, for example? This is actually easier to plan. If you are working from a suggested list of 20 books:

If you are more comfortable having your book list mapped out like this, by all means do so. But what I did most of the time, was keep my book list in my planner, and when I was ready to start a new block, I would note where we were in the list, and start there for the block. During that block, we would work through whatever we could by the end of the block, just by reading the next book in front of us, and moving on when it was completed. My planner became, then, a record of what we had accomplished in each block, rather than an alarm clock of what we had to accomplish by x date.

The only time you might consider setting more of an alarm clock tone for your reading list, was if you had a reluctant reader who does not finish books on their own. (That is another post!)

This is an example of what a big picture plan for one block would look like in my planner. 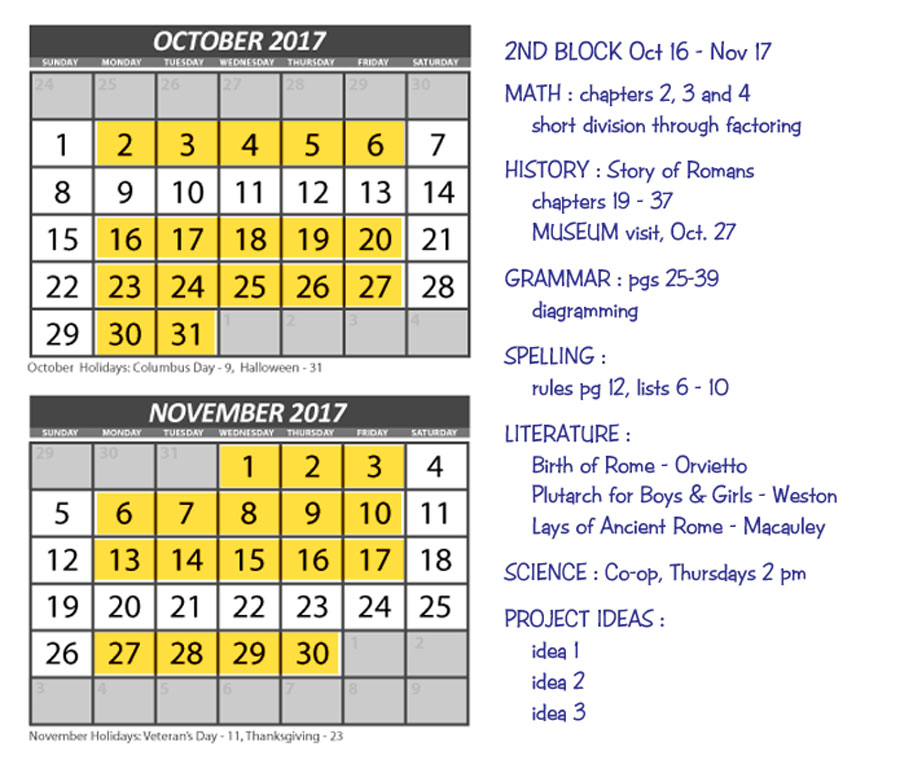 Once you have the big picture of your six blocks planned out for your curriculum, then it is time to fill in the details for the first block. Stay tuned …