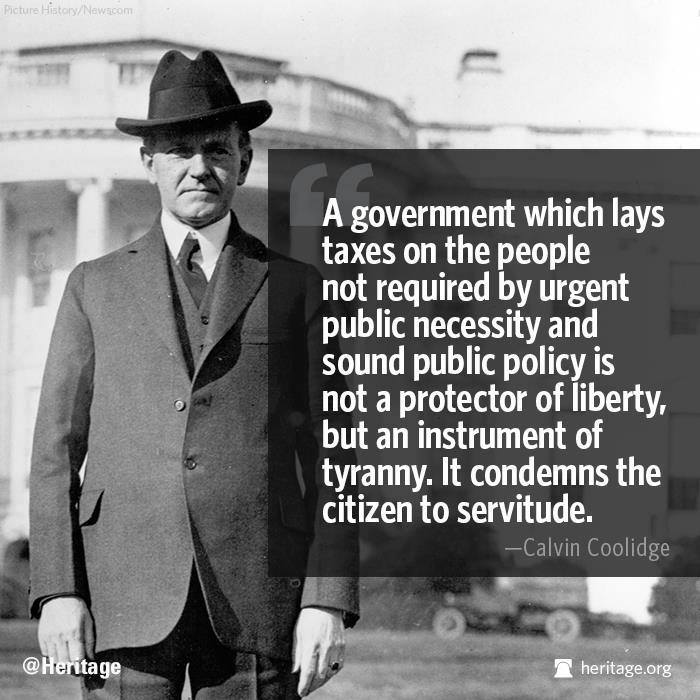 The Sun King, Louis XIV of France, built the lavish Palace of Versailles outside of Paris, and encouraged his nobility to wait on him there. The enormous sums of money needed to maintain the palace and its residents were provided by the third class of French society, the working class. The first and second classes of French society, the aristocracy and clergy, were exempt from taxation. Louis reigned in the century prior to the French Revolution. The third class of French citizens who supported the Revolution did so because they had been bled dry by frivolous wars and lifestyles of prosperity and extravagance they could never hope to attain to themselves, no matter how hard they worked or how frugally they managed their households and savings. They were made slaves, essentially, in all but name.

It is examples such as this one from history, as well as biblical principle, which informed our great presidents and statesmen like Calvin Coolidge, on the paths of wise government.