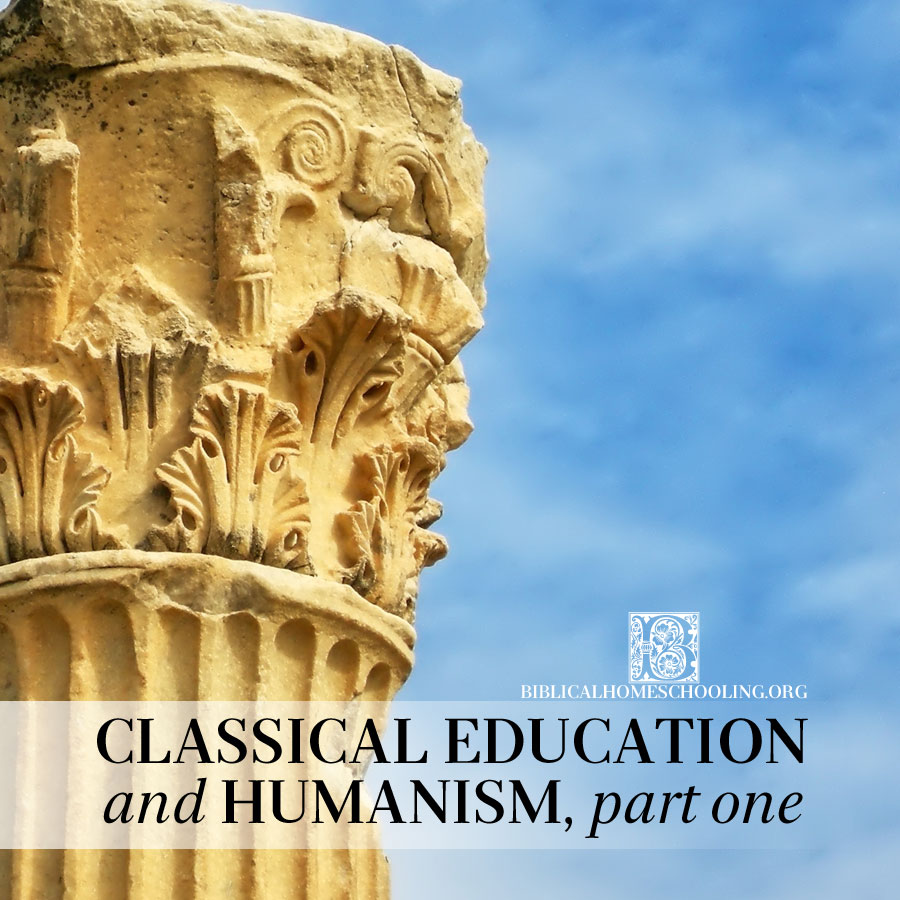 I was recently asked how to provide a Christian classical education for children that will not lead them to humanism.

It helps to understand how humanism came to prominence as a philosophy. The popular view is that Christianity causes ignorance of the worst kind, and when mankind finally shook off the shackles of Christianity imposed by the Dark and Middle Ages, inquiry and learning finally advanced again, thus the Renaissance and humanism flowered and the scientific and technological advances we enjoy today resulted.

That might be the popular view, but it is not the correct one. The history of the changes that led to the Renaissance indicates that scholars and laymen alike were growing more and more dismayed by an impure and unholy clergy that was named with God’s name. It seems amazing to me that all men, saved or not, know instinctively that God is holy, and when God’s people live unholy lives, they are offended by it (regardless of the lives they themselves live), and recoil from God. The great degeneration of the purity of the Church, which preceded the Reformation, preceded the Renaissance. The Renaissance and Reformation took place concurrently, and fed into each other. Men who believed that the nature of the clergy, which was overall depraved at the time, accurately reflected the nature of God, rejected God and Christianity in favor of Greek and Roman paganism, because the pagan ideals seemed purer and more righteous than the Christian ones!

But rejecting God and embracing man in order to find holiness is the ultimate case of throwing the baby out with the bathwater, and the fatal flaw of the humanists. Humanism necessarily gives rise to secularism, because the Bible teaches man’s sinfulness, not man’s excellence. Western societies inherited boundaries on behavior precisely because man is sinful, and the boundaries protected society from the destructive effects of man’s sinfulness. Today’s secularists are busy erasing as many boundaries as they can, thus rudeness and coarseness are everywhere, broken homes, [p-rn]ography, homo[s-x]uality, abortion, child predation by [s-x] offenders, cloning and genetic manipulation — all the legacy of secularism and the rejection of God as lawgiver. The end result of the humanist philosophy is precisely what the humanists rejected in the Church: depravity.