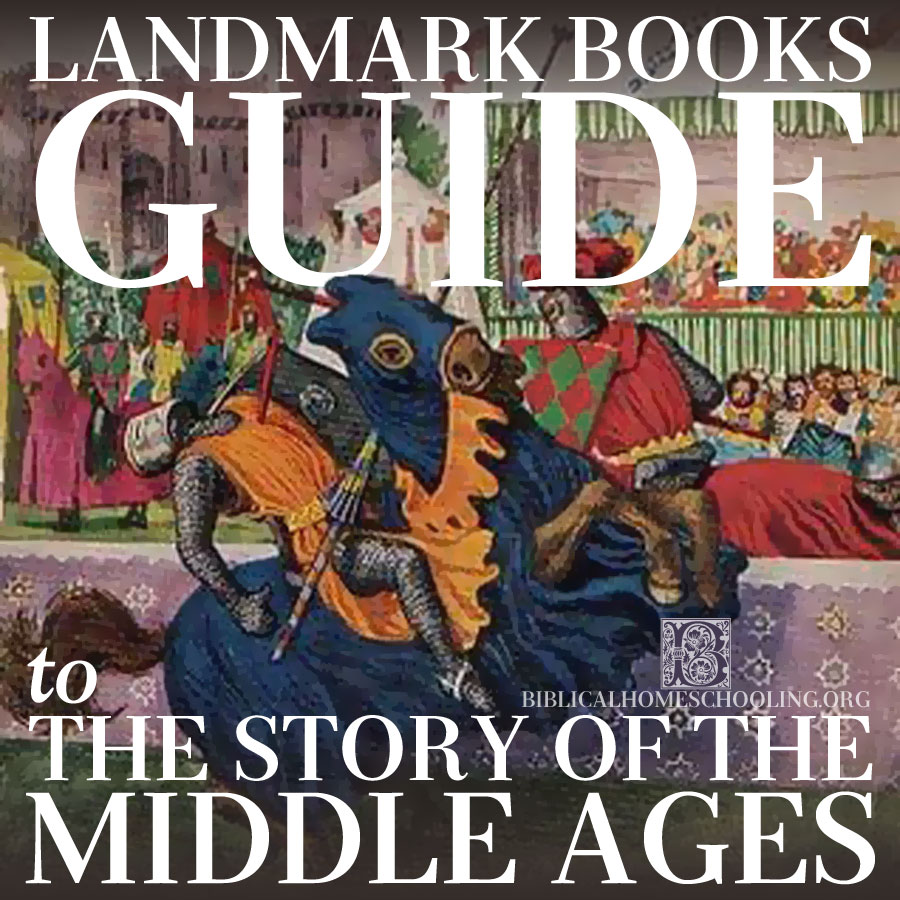 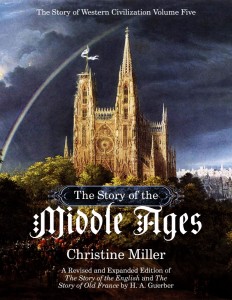 No other books for children have so compellingly told the often exciting story of history than the Landmark book series published by Random House (roughly 4th through 7th grades). There will be no “twaddle” found here. The appropriate Landmark books are here keyed to their matching chapters in The Story of the Middle Ages.

The Life of Saint Patrick by Quentin Reynolds (W17)

Written in a wonderful and adventurous narrative story style, this excellent biography of Saint Patrick begins with the definite details we know of Patrick’s history, and fills in the probable background with the perilous life in England, Ireland, and Europe during the 5th century as well as many details of 5th century Christendom. A fascinating, recommended glimpse into the close of the Roman era and the beginnings of the Dark and Middle Ages.

King Arthur and His Knights by Mabel Louise Robinson (W05) 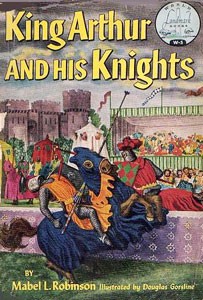 Much of what we know of King Arthur has devolved to legend. This book has the tricky task of presenting the history, as true to history as we can know it, and yet also giving us a glimpse of the heroic and legendary, and does a good job in an enjoyable, page-turning style. For those wanting strictly the legends of King Arthur for literature’s sake, The Story of King Arthur and His Knights by Howard Pyle, or The Boy’s King Arthur by Sidney Lanier are excellent.

The Vikings by Elizabeth Janeway (012)

Middle Ages chapter XLIV., The Coming of the Northmen, through chapter XLVII., A King’s Narrow Escape, and chapter LIII., The Normans Besiege Paris.

This excellent Landmark history focuses on Eric the Red and Leif Ericson, and their voyage and discovery of North America as related by the Norse sagas. They are not mentioned in The Story of the Middle Ages but rather in The Story of the Thirteen Colonies. However, a child will receive a good background in the Vikings as a people and their way of life.

William the Conqueror by Thomas B. Costain (W41)

The 1066 takeover of England, relieving it from native English (Anglo-Saxon) kings and installing the line of Norman French kings and nobility, is a pivotal event in the history of England, and a hinge of history for European and Western civilization. Beginning with William’s childhood, Costain delivers a rousing tale of knights, battles, and arms and armor – and yet all of it true history!

The Crusades by Anthony West (W11)

The Crusades cover a very complicated period of Medieval history and spanned several centuries. This narrative history, first, delivers the historical details, and second, retains the storytelling style the Landmark books are so famous for. The author masterfully simplifies the complexities, helpful for a first introduction to the Crusades to gain the big picture. He also wrote before the era of political correctness, and so you are exposed to those true details of history that are out of vogue in the modern history books. 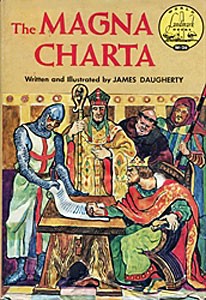 I personally love every history book James Daugherty has ever written for children, and this one for the Landmark series is one of my favorites of the favorites. Daugherty divides the book into four parts: The Twelfth Century, The Angevins (the ruling house of England – Richard the Lion-Hearted of Crusade fame and King John of Robin Hood fame), King John and the Magna Charta, and Children of the Magna Charta. The narrative history is exciting, the language beautifully poetic, often humorous, and best of all, the importance of this hinge of history is left indelibly etched on the heart and mind. If you only read one Landmark in conjunction with The Story of the Middle Ages, make it this one.

Middle Ages chapter CXXXVI., The Maid of Orleans, through chapter CXXXIX., Martyrdom of the Maid.

There is so much legend interspersed with the history of Joan of Arc, that it is often difficult to divest fact from fable. This book does a good job presenting what has come down to us about Joan of Arc, and provides the wonderful and detailed backdrop of high medieval life in France, the influence of the Church in State affairs, and the terrible century-long Hundred Years’ War between England and France. As well, since the book ends with Joan’s trial and burning at the stake as a heretic, it makes a great bridge from the worldview of the Middle Ages to that of the Renaissance and Reformation, the next era of history.