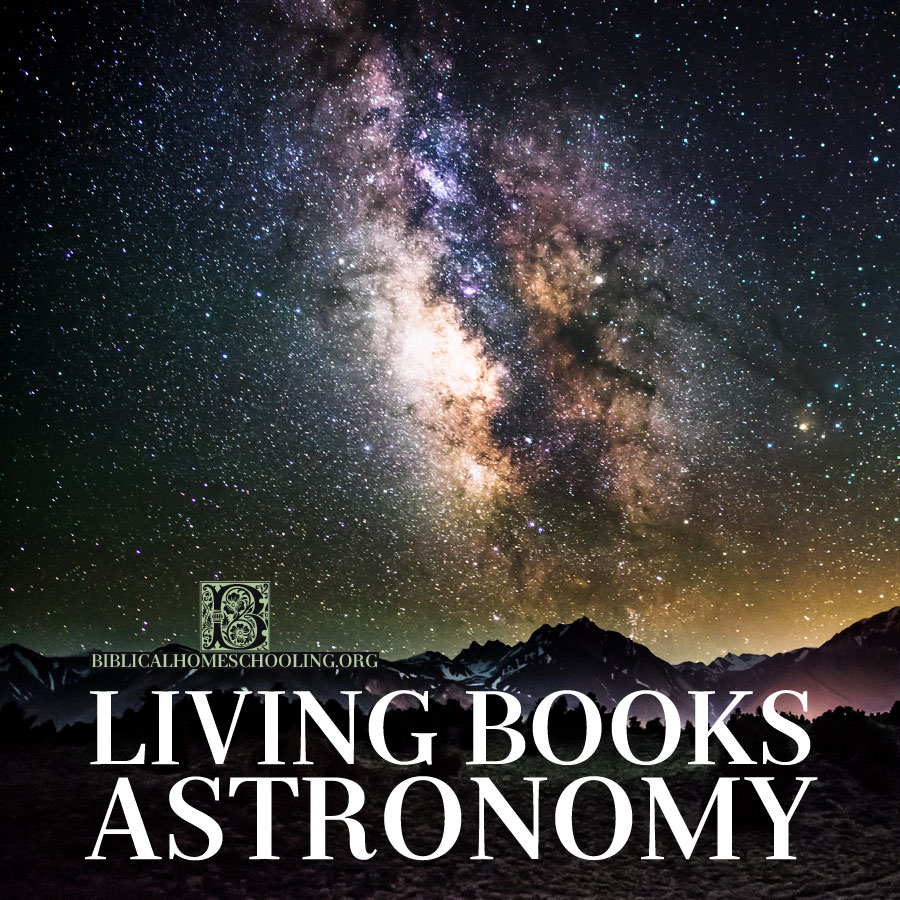 Summer is a great time to get outside at night, and learn about the constellations and the basics of astronomy. Not only will it most likely fire your kids’ love of learning, but they observe something that, every day, and every night, points to the glory of God:

The heavens declare the glory of God;
And the firmament shows His handiwork.
Day unto day utters speech,
And night unto night reveals knowledge.
There is no speech nor language
Where their voice is not heard.
Their line has gone out through all the earth,
And their words to the end of the world. Psa 19:1-4

First a little background before we get into curriculum. How did astronomy arise as a science? You will most likely not learn, in any book you might get as a guide, that Josephus records that God revealed the constellations to Seth, the son of Adam and Eve who was born after Abel was killed. Seth and his descendants particularly studied the stars and taught their science.

“[Adam] had indeed many other children, but Seth in particular. As for the rest, it would be tedious to name them; I will therefore only try to give an account of those that proceeded from Seth. Now this Seth, when he was brought up, and came to those years in which he could discern what was good, became a virtuous man; and as he was himself of an excellent character, so did he leave children behind him who imitated his virtues. … They also were the inventors of that peculiar sort of wisdom which is concerned with the heavenly bodies, and their order.” Josephus, Antiquities of the Jews, 2 : 68, 69.

Noah brought this knowledge with him (along with other knowledge) and taught it to his descendants in the new world after the Flood. This is why astronomy appears as a full-grown science in many ancient cultures, without any discernible progress of knowledge in its basic discoveries as the archaeologists are always looking for (because they look through the lens of evolutionary history).

It is God who gave the stars and constellations their names:

He counts the number of the stars;
He calls them all by name. Psa 147:4

He alone spreads out the heavens,
And treads on the waves of the sea;
He made the Bear, Orion, and the Pleiades,
And the chambers of the south;
He does great things past finding out,
Yes, wonders without number. Job 9:8-10

He made the Pleiades and Orion;
He turns the shadow of death into morning
And makes the day dark as night;
He calls for the waters of the sea
And pours them out on the face of the earth;
The Lord is His name. Amo 5:8

The names for the stars and constellations are very ancient indeed, and in them God has embedded His prophecy of the gospel of grace from the foundation of the world. They bear witness, in such a way that no man or devil can alter or corrupt. Two helpful books which trace the very ancient history of the names for the stars and the constellations, and their pictures, which proclaim the gospel, are The Gospel in the Stars by Joseph A. Seiss, and The Witness of the Stars by E. W. Bullinger. Neither of these books give any credence to astral worship or astrology.

The grammar of astronomy is learning these stars and constellations, and their meanings, and learning to identify them in the night sky. Basic knowledge of the movement of the earth and the heavens, seasons, moon phases, tides, the sun, and the orbits and planets of the solar system is all related to this study and is naturally brought out in the books below as the study of the constellations unfolds.

The Night Sky Book explains these concepts clearly, and includes some hands-on projects as well. The Stars, and its companion, Find the Constellations, focus on identification. 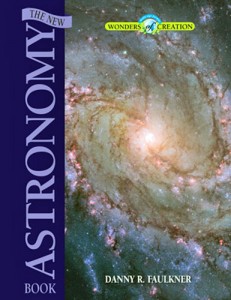 The New Astronomy Book is part of the Wonders of Creation series written by qualified biblical scientists. The reviews at Amazon tend to be lower than deserved for this series, as the evolutionists give them terrible reviews. But, you will learn solid science based on truth, with the biblical foundation restored in its proper place.

The greatest hands-on project, is of course, lying under the stars, with your guide book and your flashlight! Have a fun summer!