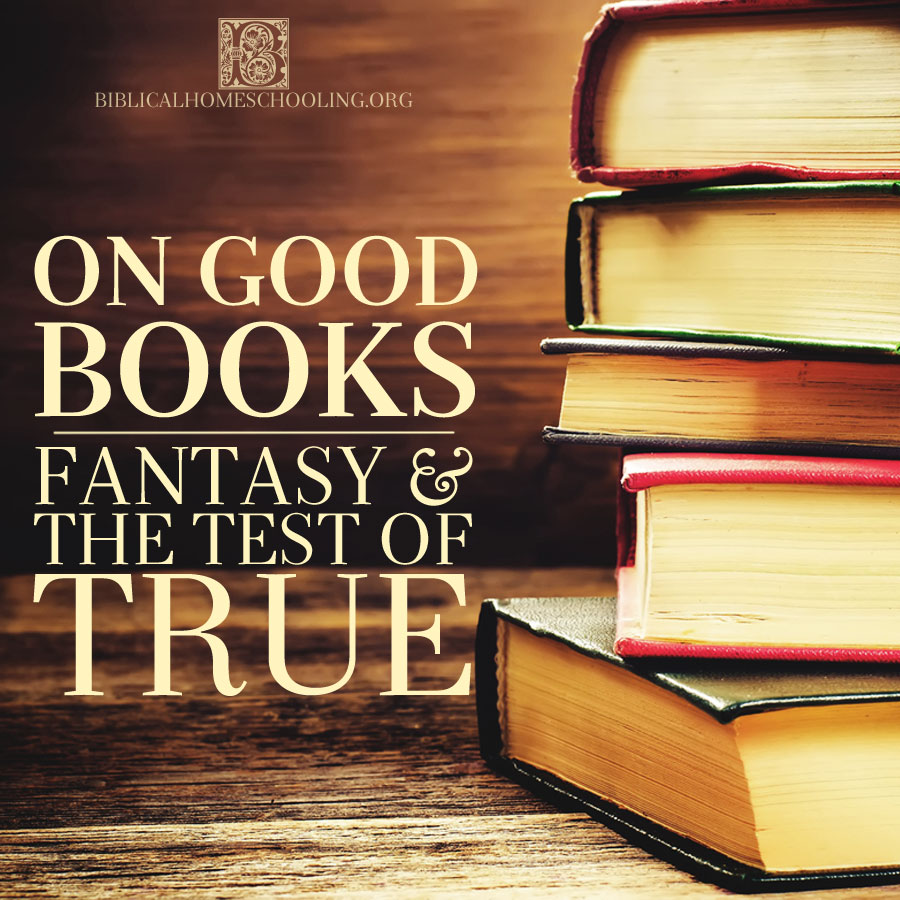 Last time we saw that myth, fairy-tale, and fantasy cannot be automatically rejected as failing the test of true, if they relate the One True Story. That principle is our guideline for evaluating fairy-tale. Now  we will look at fantasy, which comes with its own set of problems. Books in the fantasy genre, more than any other, are likely to wander into the realm of magic or sorcery:

There shall not be found among you anyone who makes his son or his daughter pass through the fire, or one who practices witchcraft, or a soothsayer, or one who interprets omens, or a sorcerer, or one who conjures spells, or a medium, or a spiritist, or one who calls up the dead. For all who do these things are an abomination to the Lord, and because of these abominations the Lord your God drives them out from before you. Deu 18:10-12

All of these practices were in use in the pagan idolatry of the ancient world, to manipulate the “gods” or the spiritual world for a favorable answer or outcome, or to “hear” their voice. The LORD is not like the false gods or the demonic powers, and thus we are to seek His face in the manner He prescribes, and not as the nations around them. He gives His servants gifts of power as He wills, not as we will (1 Cor 12:11). We do not use power to impress or oppress, but to bear witness, to heal, and to serve (Act 10:38).

In the Scripture, the use of occult arts is clearly identified with evil, and with calling upon the demonic side of the spiritual world. Therefore that is our guideline:

Frankly, this guideline eliminates most books in the fantasy genre. Two beloved series for Christians, however, are Tolkien’s The Hobbit and The Lord of the Rings, and C.S. Lewis’ Narnia Chronicles. These stories were crafted purposefully to tell the One True Story, and I do not think it is a coincidence that they are the most popular of all the stories in the genre, hands down.

(The Harry Potter series might actually be more popular by now, but they fail the test of true, both in relating the One True Story, and in showing magic in its true light.)

Tolkien’s foray into fantasy is the first of its kind–he is the father of the fantasy genre. C.S. Lewis, after his initial objection to fantasy, became so convinced of the merit of fantasy to tell the One True Story, that he created his own stories in The Narnia Chronicles, and in The Space Trilogy.

Both authors tell the larger themes of the One True Story, therefore they pass the test of true. But both authors employ magic and sorcerers in the course of their stories. Does this disqualify them?

In The Hobbit, Bilbo is employed as a burglar. His purpose in the company is to steal, specifically, the dwarves’ famous gemstone from under the nose of the dragon. Is it stealing to take back something that belonged to you in the first place, that was stolen from you? I cannot really object to The Hobbit on that ground. But then he finds a magic ring, and that is a problem.

Then there is the matter of Gandalf, the wizard who accompanies them. I personally think Tolkien included him in the story to act as the wise father- figure, who would be the fount of good counsel. In other words, he is Father God personified. This is why I also believe he did not have qualms about making Gandalf a wizard, because God often employed miracles for the sake of His people. He portrayed the miraculous, as magic.

He may have also included the elves in the story to provide otherworldly help when needed.They were like angels personified. Their realms are oases of goodness and light in a dark world.

But over the course of his life, as his writing and thought developed, I think he grappled with this very issue of the Scriptural prohibition on the occult. By the time we arrive at the end of the Lord of the Rings, we learn that the magic ring, once thought to be innocuous, was in fact a tool forged by the enemy, which must be destroyed at all costs. We learn that its every use draws our hero ever deeper into temptation, and weakens his virtue, ever seeking to bring him under the thrall of the enemy.

We learn that the chief of the sorcerers, who spent his life in the study of sorcery and the arts of power, was the first to fall under its evil influence, to use power to abuse, and to align himself with the enemy to his own destruction.

And we learn that when the one ring is destroyed, magic is destroyed forever from the earth, for all magic had its ultimate root in evil. Thus Gandalf and the elves depart the shores of Middle Earth forever. Of course, I have just dwelt on the magic elements of the story; there is so much of the story which is beyond that, which so beautifully reveals the One True Story in wisdom and beauty. 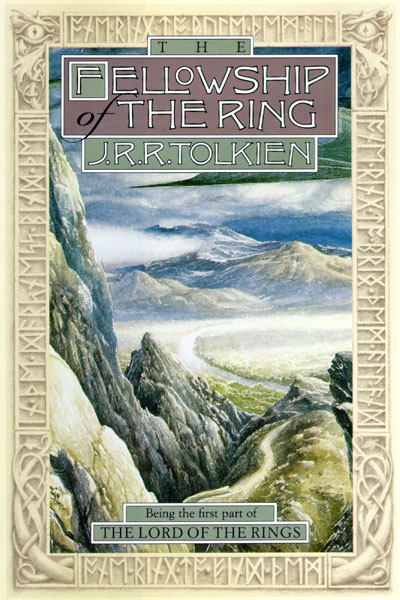 My belief is that Tolkien’s The Hobbit and Lord of the Rings, all four taken together, tell the One True Story, and the biblical truth about magic and the occult. The message isn’t clear reading The Hobbit alone, however. The four must be taken together. This is a question each family must answer for themselves, but I do not believe Tolkien violates the test of true, even on the magic question, when all four books are taken as a whole.

Are there a few remaining problems with his presentation? Yes … one that comes to mind first is Aragorn’s calling upon the dead to fight for him at the final battle. Even that might be explained, as Aragorn is a type of Yeshua who is returning to rule and reign after a long absence, and at His coming the dead will rise.

But as the first to use fantasy to tell the One True Story, who clearly sought to bring the whole to a biblical conclusion, I do not think parents who discuss the themes and compare them to Scripture with their children, violate biblical principles. Perhaps there is someone in our own generation or the next, armed with greater wisdom and biblical truth, who will write their own fantasy telling the One True Story which will not have problems in its presentation. ♥

Which leaves us with Narnia …