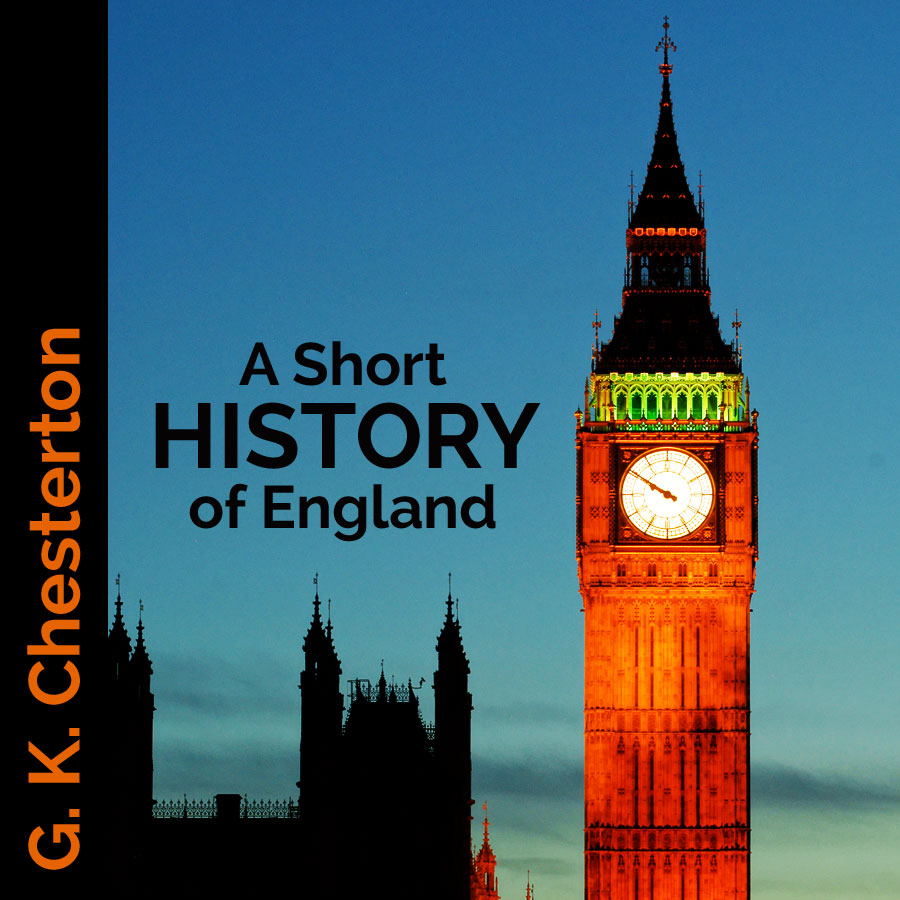 I just started reading this little gem by G. K. Chesterton. Yes, I have a half dozen books going at any one time. It is not an academic history, rather a popular one (i.e., it is not a less true but rather a more interesting read than a college text). His introduction is priceless:

“I have a very simple motive and excuse for telling the little I know of this true tale. I have met in my wanderings a man brought up in the lower quarters of a great house, fed mainly on its leavings and burdened mostly with its labours. I know that his complaints are stilled, and his status justified, bu a story that is told to him. It is about how his grandfather was a chimpanzee and his father a wild man of the woods, caught by hunters and tamed into something like intelligence. In the light of this, he may well be thankful for the almost human life that he enjoys; and may be content with the hope of leaving behind him a yet more evolved animal. Strangely enough, the calling of this story by the sacred name of Progress ceased to satisfy me when I began to suspect (and to discover) that it is not true. I know by now enough at least of his origin to know that he was not evolved, simply disinherited. His family tree is not a monkey tree, save in the sense that no monkey could have climbed it; rather, it is like that tree torn up by the roots and named “Dedischado,” on the shield of the unknown knight.”