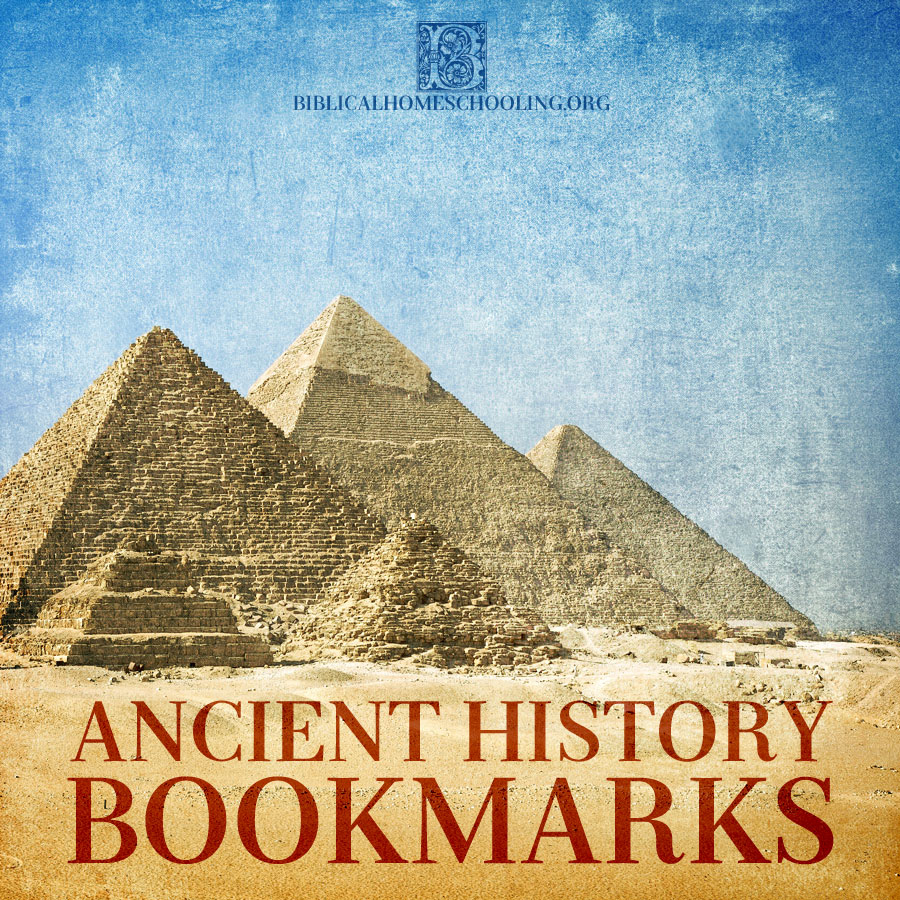 All bookmarks from Project Gutenberg are active, even though WordPress has them struck through.

Abraham and the Chronology of Ancient Mesopotamia by Answers in Genesis
The History of Ancient Kings in Gen 14:1-24 by Christine Miller
The Two Babylons by Alexander Hislop, and Christine’s review
The Babylon Connection by Christine Miller
The Gifts of the Jews: How a Tribe of Desert Nomads Changed the Way Everyone Thinks and Feels by Thomas Cahill (Hinges of History series)
The Sumerians by Elaine Landau
The Babylonians by Elaine Landau
The Authenticity of the Book of Daniel by Bill Cooper

Ancient Egypt at History.com
Discovering Ancient Egypt
Egyptian History at BBC (these links use standard Egyptian chronology)
The Story of Ancient Egypt by George Rawlinson
Moses: His Life and Times by George Rawlinson
Pharaohs and Kings: A Biblical Quest by David Rohl
Doesn’t Egyptian Chronology Prove that the Bible is Unreliable? by Answers in Genesis
Egyptian History and the Biblical Record: A Perfect Match? by Daniel Anderson
Patterns of Evidence: Exodus and Christine’s review
Exodus from Egypt – Associates for Biblical Research
The Ten Plagues: Yehovah vs. the Gods of Egypt

The Phoenicians by Pamela Odijik
The Story of Phoenicia by George Rawlinson
Ezekiel 26-27, the Destruction of Tyre and Biblical Prophecy

The Authenticity of the Book of Esther by Bill Cooper
Ezra and Nehemiah: Their Lives and Times by George Rawlinson