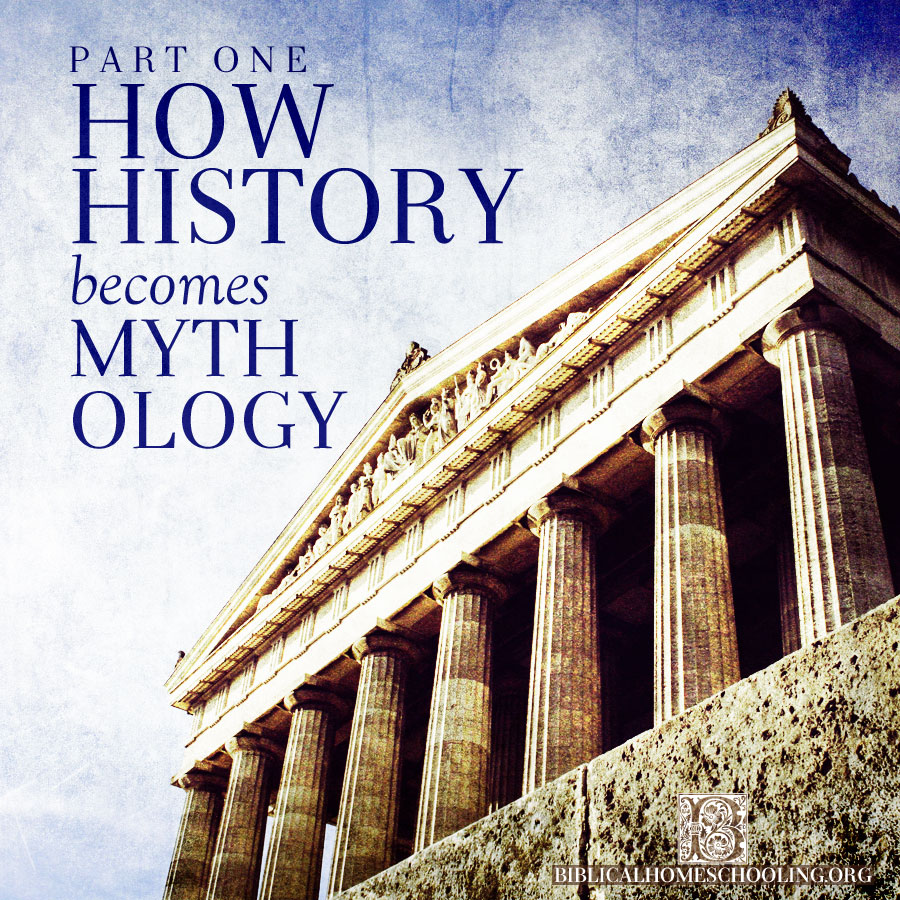 When your children ask where the fantastic legends of the Greeks came from, you can tell them that most legends have people and events in them that are exaggerated and impossible, but usually they begin with a grain of truth somewhere. For example, even though America is such a young country, we even have legends of Paul Bunyan with his big blue ox. The legends of Paul Bunyan illustrate in an exaggerated way the strength and skill of America’s early lumberjacks, and show how Americans must have been proud of their hard work and courage in doing such a difficult job.

While children need to learn classical mythology to be culturally literate in Western Civilization, the main point to communicate to them is that myths arose from a confused half-remembrance of true history. Bits of true history became mixed with false stories; the false stories came from willful rebellion at Babel which in time degenerated to foolish ignorance.

The Greeks, the descendents of Noah through Javan, forgot their true history and the true God, and all they had left of it was bits embedded in their mythology. In this way children will find it difficult to romanticize the Greek myths, and their appreciation for the accurate history contained in the Bible from the very beginning will be strengthened. (See Athena and Eve for a fascinating theory on the origin of the Greek pantheon and the patron goddess of Athens.)

2 thoughts on “HOW HISTORY BECOMES MYTHOLOGY”