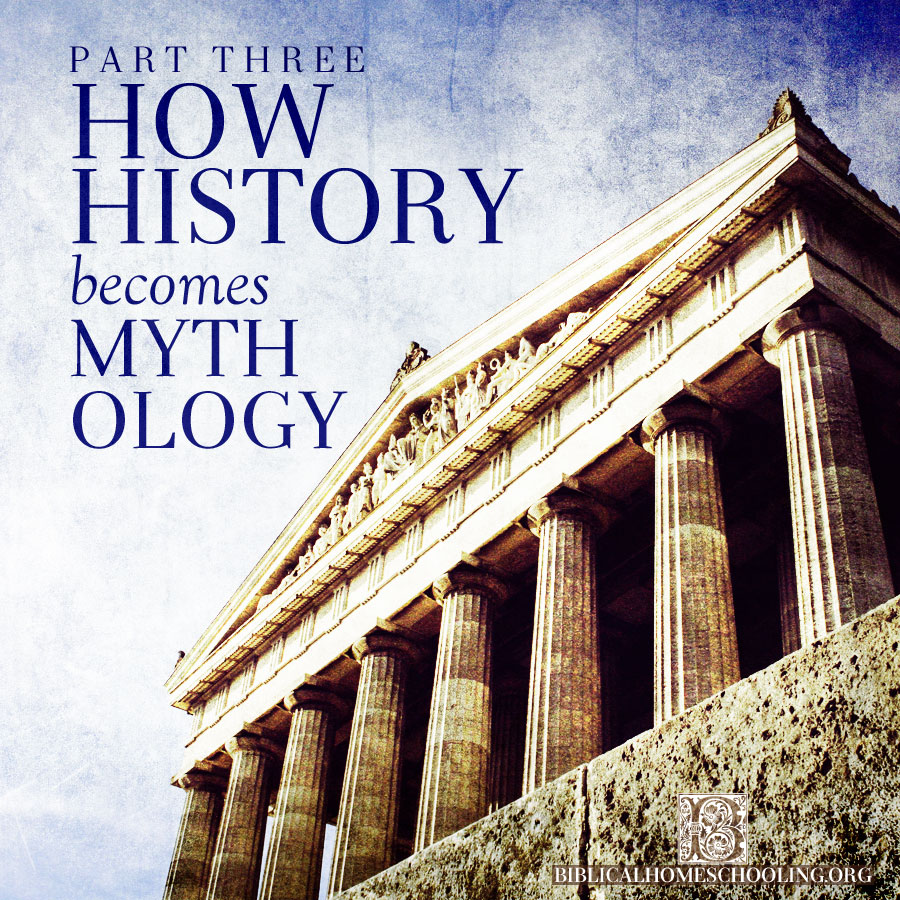 Jason, Perseus, Theseus, and Hercules were probably real people, however, the tales of their exploits have been exaggerated to make them seem larger than life — just as Paul Bunyan’s or Pecos Bill’s have been. The first commercial voyage to a strange country was a brave thing to do which benefited the people, so Jason is justly a hero, and the golden fleece probably represents the wealth the Greeks began to gain from trade. Snakes were symbols of demons and were worshiped by many ancient pagan cultures, and who knows what paganism or occultism Perseus either overcame or employed in ruling his people, back when the peoples of the nations had forgotten God?

As far as Theseus is concerned, many pagan cultures in the ancient world worshiped deities with human bodies and animal heads – look at the gods of the Egyptians. A system of bull worship was prevalent throughout the ancient world at that time. The Assyrians had winged bulls built into their architecture; the Egyptians worshiped Apis, a bull-god, which God judged by bringing the plague on the cattle in Exodus, and when the Israelites rebelled against God in the wilderness, Aaron made for them an image of a calf, probably a bull. It is possible that the Minoans made human sacrifices to a bull diety, and Theseus was the hero who delivered the Athenians from a terrible Minoan tribute.

Hercules may have been an exceptionally strong and brave leader who delivered his people from attacks by wild beasts and may have even slain a dragon (the hydra of the tale), or dinosaur. (Robert Bowie Johnson, Jr., the author of Athena and Eve referenced in part one, says that Hercules is the Greeks’ version of Nimrod, just as Gilgamesh is the Sumerians’.) Ancient peoples all have made heroes out of those who did similar deeds: Nimrod was known as a mighty hunter; Sigurd, Beowulf, and St. George all gained heroic status by slaying dragons (dinosaurs).

We cannot know now where the truth ends and the fantasy begins exactly, but what we can know is that pagan peoples who had forgotten God may have had a dim recollection from their ancestors of a Hero who would one day save them, from God’s promise in Genesis 3:15, and in their despair and ignorance made and cherished heroes from their past to give themselves hope.